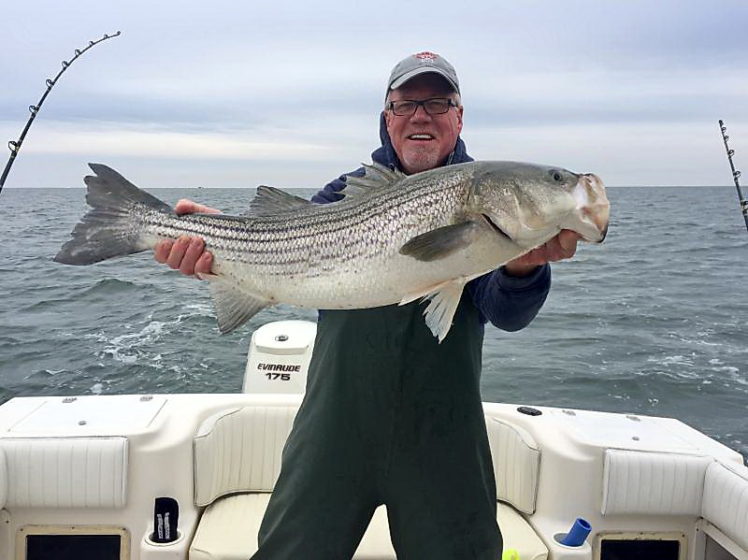 It’s a Cold One This Morning! Air temperature is 32 degrees, but with winds blowing west at 25mph it feels like a colder 21 degrees. Water temp dropped below 50.

Today closes out the 63rd annual LBI Surf Fishing Classic but still money to win up until 6pm today! Who is going to brave the cold?? 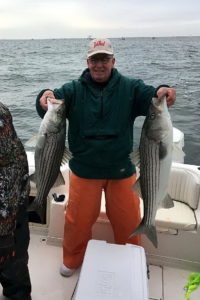 n Dennis’s boat “Get Reel”. Tim says it was insane action as they caught over 30 stripers and left them still biting because of time constraints. “We caught them on everything including top water plugs, what an epic day on the water!”