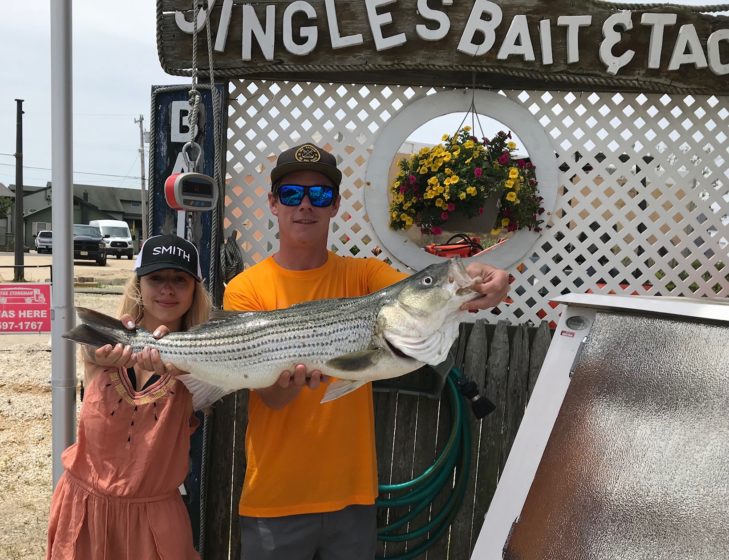 There was a bit of action on the surf yesterday including a lot of dogfish again.  But Torr brought in this 31″ 11.82lb striper he caught in Beach Haven on Bunker.  The Stripers are out there – main bait is bunker but some hitting on clams.  Some nice fluke caught in the inlet and up in Barnegat Light.

Today is a beautiful mild morning, wind has picked up slightly because there was not wind earlier!  Water is just under 60 degrees.  Clouds and scattered thunderstorms later in the day.  Get out there early.  And we do have minnows so come and get them!