Things are starting to happen.  Captain’s Quarters weighed in the first bass for the Spring Derby yesterday – It was 29 1/4″ bass weighing 8 lbs 2 oz.  There was also a bass caught off the surf up north on the island that was about 30″ that was released and we also has a customer come in yesterday saying they caught 9 shorts off the surf in a matter of an hour and a half on the incoming tide.    The Nicole Born tournament on Saturday resulted in a 33″ drum winner   And last, we heard there were some blues in the inlet…..

Sea temp is up to about 49 degrees.  And its going to get warmer as the warm weather comes in this week! 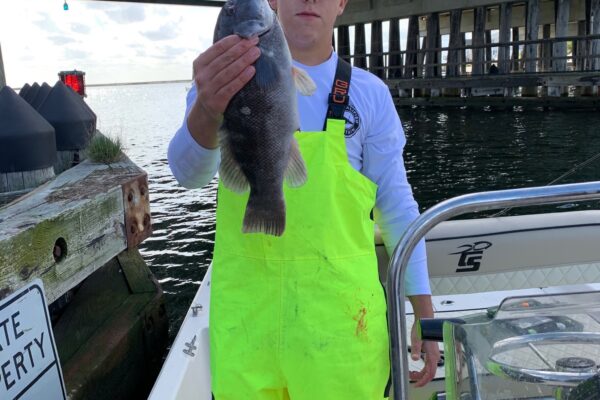