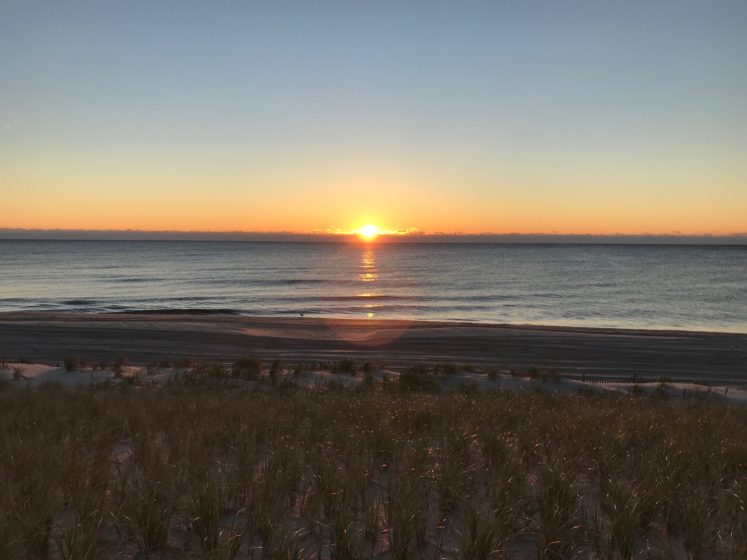 We will have sun today and tomorrow will bring in the clouds with rain and heavy winds coming tomorrow night into Saturday.  But the SEA SHELL TOURNAMENT is STILL ON!!  We have plenty of eels, surf clams, bloodworms and should have fresh bunker later today.   Its a clear 37 degrees this morning with water temps in the low 60’s.  West wind still makes the ocean look like a lake.

Still a few cocktail blues, some kingfish and brown sharks in the surf.  A small striper here and there too.  And there are Blackfish in the rocks on Greencrabs.   A very wise fisherman tells us a big fish is going to be caught Saturday night into Sunday and that is going to start it all off, as we are still waiting on weigh-ins for the Classic and our Store tournaments!

Speaking of weigh-ins, the second bass of only two (fish) weighed in so far for the LBI Classic, caught by Mike Mitryk was the winner of both the $250 Robert “Jingles” O’Brien memorial prize AND the $250 Ric O’Brien Memorial Prize.  Congratulations Mike!!