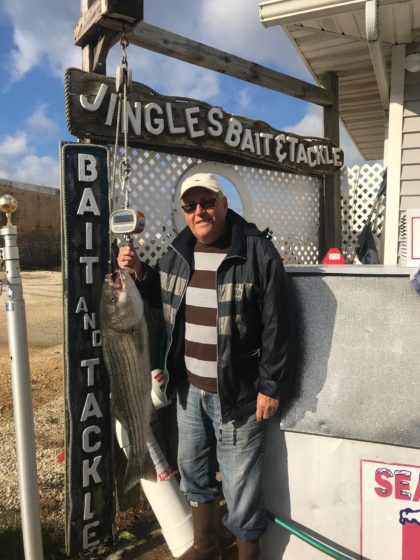 There were 4 more striped bass weigh-ins yesterday – three were for the LBI Classic:  Merle Van Liere with 20.52lbs, John Baxter with 11.06lbs, and Randall Krueger with 16.06lbs.   We also had Nick weigh-in a 12.8 pounder – he was the first of the morning.  Scott also had a catch that was just short and Bob Muller had this 34″ keeper but knew it wouldn’t beat one of the others so he released it! 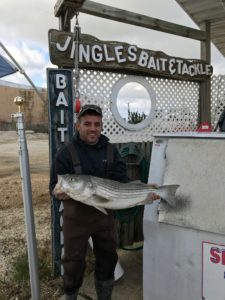 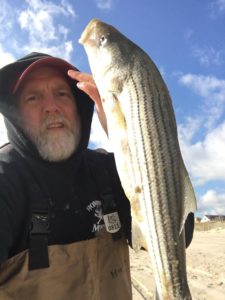 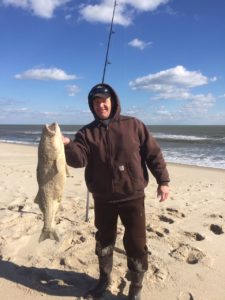 I hear there are a lot of boats out there today.  The Beach Haven Marlin & Tuna clubs Fall Striper Tournament is today so that is at least 26 of them.  Good Luck to all anglers!