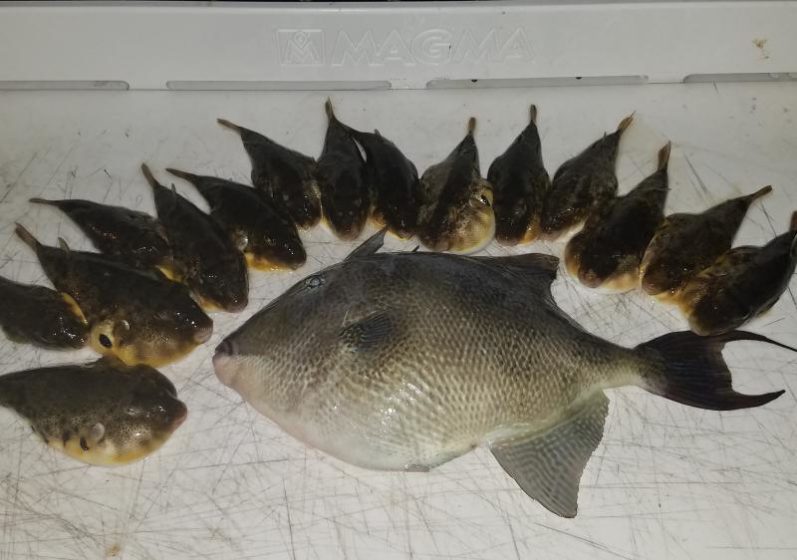 A report this week from Tim said he lost count of the number of fish he caught in Holgate including fluke, and blues caught with mullet and lures. All fish were released.

Mark took his kayak out last night and caught more puffers than he could count. Also had a triggerfish in the mix.