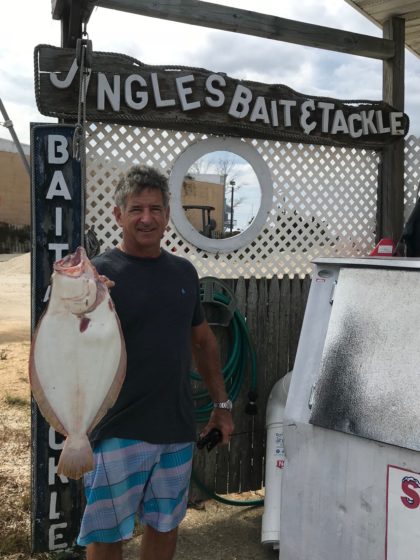 It seems that the day of the season for fluke was fruitful.  Michael Schreiber brought in his keeper hoping to place in the tournament.  While just light for second place, it was a really nice fish at 4.6lbs and 23.5″.   There are also sea bass in the back as well as reports that anglers continue to do well with the blowfish.

In the surf we are still hearing of a “bluefish blitz”.  The blues are banging on the fresh mullet.  They are mostly coming in at a couple pounds in size.  Surf still producing an occasional kingfish as well.

Its a bit cooler today and looks like the rain is coming soon…. 🙁