With the cool morning yesterday from the shift in wind, we had three weigh-ins within an hour yesterday morning.  Two stripers and a black drum.  Then a little later in the day we had another striper.  Dylan brought his in first – 9.7 lbs.  Then Dr. Steve brought in a 9.6lb black drum.  Then Ray with a 24.42lb striper and Chris with a 24.62lb striper.  All stripers were caught on Bunker, Spray Beach, Holgate and Brant Beach.

Today is pretty mild, mid 60’s with a very slight SW wind.  We should get some sun later in the day. 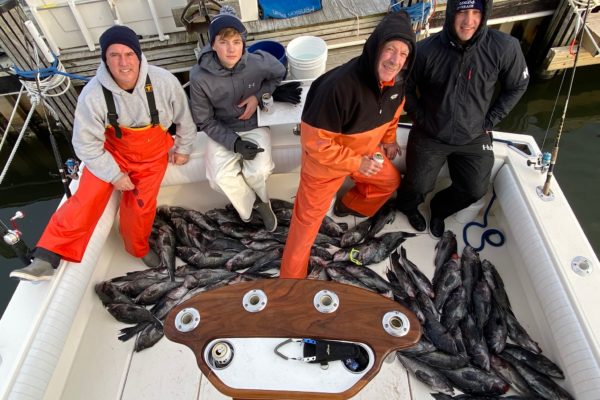