There was a Classic weigh in on Sunday – Brad Anthony cuaght a 15.7lb, 35.75″ bass on bunker.  Nothing since.  I am seeing reports from the north in IBSP of bass being caught of the surf.   Most bass being caught with bunker and we have plenty of fresh bunker!

Off the boats I has seen a number reports of big fish – a lot of them on Magictail Mojo’s –  which we also have in stock.  Quite a few cows over 40lbs reported from North in Barnegat Bay right down to Brigantine.  So they are there if you can get out.

Its a rainy morning and a little windy – but warmer.  Rain will work its way out by late morning.  Currently SW winds at 15 – 20mph which will become NW this afternoon.  Water temps is now in the high 50’s. 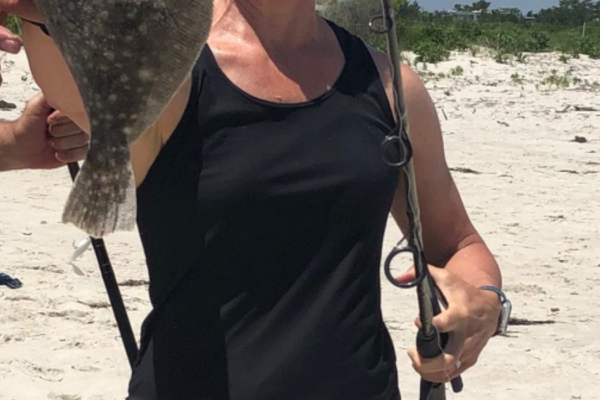