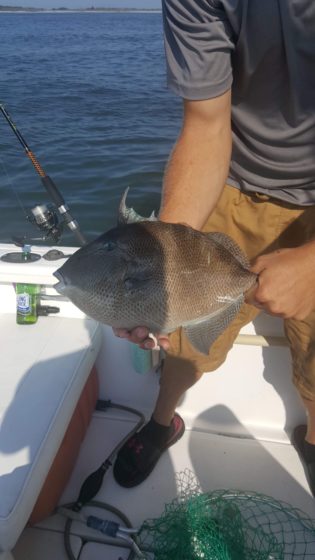 Another trigger fish caught by Tom by the inlet near Holgate.  Fluke, some sea bass out by the reef and garden state south.  Fluke and snappers off the docks and bulkheads too.  Crabbing has been good with some good size crabs being caught.

Some more keeper fluke off the surf being reported using Bucktails, and gulp or squid.  Still have kingfish in the surf as well as sharks and rays and snapper blues.

Don’t forget to sign up for the In-Store Fluke Tournament.  It goes until the end of the season, Sept. 22.

Its another beautiful day in Beach Haven!  Sunny and hot with WNW winds at 11mph.