First I apologize for not reporting yesterday but I had a computer glitz and could not get online!  But during that time, the surf continued to produce some blues, sharks, rays…. and a Sea Turtle???  Lury Wert said it put up a heck of a fight, but once brought it in, it was unhooked and released back into the water unharmed.  Mickey reported that he had more fish than he could count on Monday night – a bunch of good size blues, skates, sharks.  Fluke and Kingfish are starting to make and appearance in the surf too. 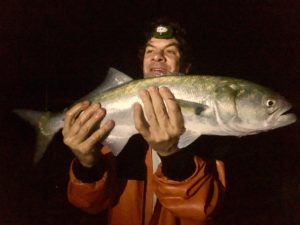 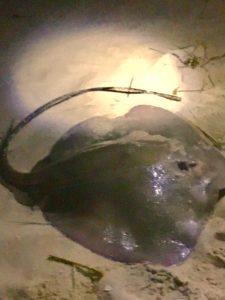 In the back yesterday Ray and Jonathan caught a couple of 18″ fluke.  Not big enough for the tournament, but good eating!  There are plenty of shorts and keepers out back.  Crabbing is starting to pick up too.

Today is going to be partly sunny for the whole day.  Right now there is not much wind and water temperature up to 67.